How it played:
The West Germans deployed in a rough line in the middle third of the table. With infantry in the woods in front of the town of Kropp on the Soviet left,infantry and armour around the farm in the center and infantry and armour in and around the town of Owschlag on the Soviet right. With the German artillery positioned to the north of Kropp supported by 2 platoons of Milan ATGW covering the centre of the table from the safety of the woods.
The Soviets deployed after the Germans and decided on a flanking force to enter the table along the road west of Kropp. This consisted of 6 T64BVs and a infantry battalion in BTR60s. In the centre 2 battalions of infantry in BMP2s and a battalion T64s advanced up the road towards the farm. The final tank unit advanced across the fields on the soviet left to support and link up with the flanking force.

To the south the second tank battalion advanced onto the table and across the fields. In the centre the main soviet force advances along the road towards the farm.

Worried about their centre the german armour shifted position to support the infantry in the woods to the left of the farm.

As the Soviet advance on the left continued the units in the centre started to take heavy casualties as they tried to assault the farm.

Virtually the whole infantry battalion was wiped out as the Germans concentrated their tank, aircraft and helicopter fire against the troops in the open. The Germans also started to move their armour over to the center from their left flank.

To the north the Soviets in the woods advanced and assaulted the milan teams clearing the woods of German units. The tanks where to park here for some time refusing to advance. Fortunately the tanks in Kropp continued to advance, eventually capturing an HQ in the woods north of the farm . 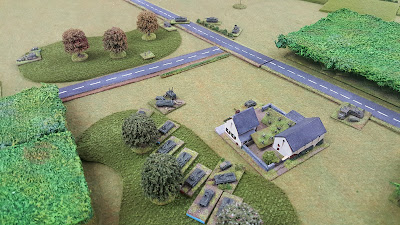 The soviets continued to apply pressure in the centre committing The tanks and second BMP battalion as well as artillery and helicopter strikes. 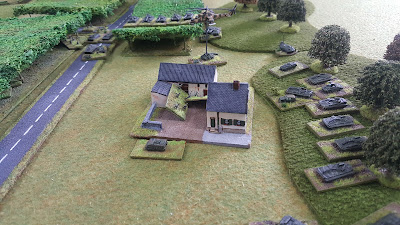 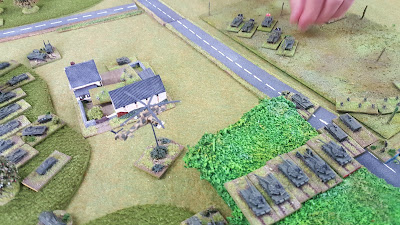 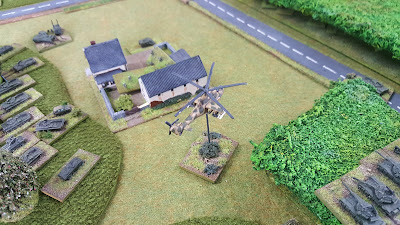 The Germans , with only the CO left, move the infantry from Owschlag into the woods. Both sides throw in all they have into the cauldron around the farm. The Soviets take yet more infantry casualties but the flanking force of tanks moves through the woods and see off the Leopards protecting the german rear. The soviet tanks south of the farm start to thin out the tanks in the woods . Artillery and helicopter fire continue to take their toll on the Germans. 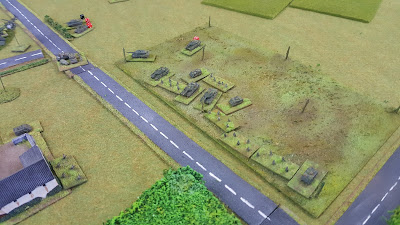 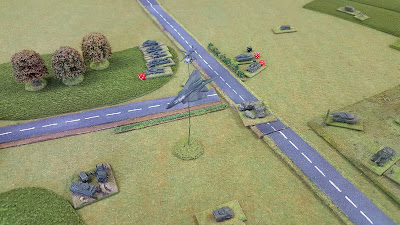 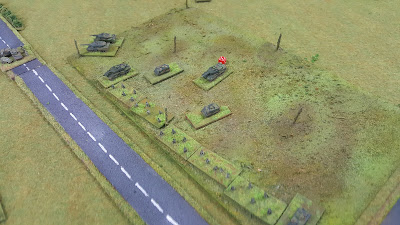 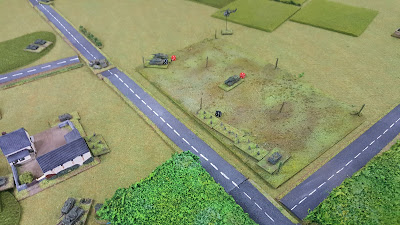 Eventually it proved too much for the Germans and they break, leaving the Soviets to continue their advance towards Schleswig.
Another great game Dan's Germans where seriously hampered by the early loss of his artillery and the loss of his only HQ halfway through the game.Andy's willingness to sacrifice his infantry around the farm tied up  the German forces in the centre allowing The flanking force to exploit the German rear and claim a major victory!. This didn't help either!

All figures Dan's and my own, terrain Grimsby Wargames Society and my own.

As part of the lead up to "The Joy of 6" show and the Cold War Commanders weekend game hosted by the Grimsby Wargames Society in September, Richard Philips provided us with a scenario which can be found here:  http://coldwarcommanders.blogspot.co.uk/2017/05/grimsby-landjut-2017-scenario.html . Danny would use his West Germans and Andy and myself would use my Soviets.

The Table:
Richard provided some well drawn maps and an indication of the direction the forces where to advance. 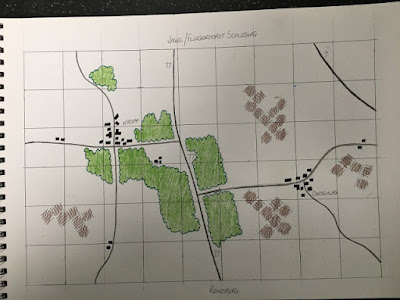 Fortunately we had enough terrain to do the maps justice.

The Forces: We chose to play 4500pts of West Germans vs 9000pts of Soviets. The exploitation scenario rules only allow the defender, Danny's Germans, to field on table artillery. Contrary to the rules we allowed them to fire "indirect" if the opportunity arose.

Pt2 how it played up next.