For the first game of 2017 Danny and myself decided to give The Bartlett Farm scenario from the Black Powder American Civil War supplement "Glory, Hallelujah!". As usual I would supply the Rebs and Danny the Union. We set the table up using the terrain and buildings we have on hand at the Grimsby Wargames society venue and managed a good representation of the map from the book. The scenario plays quite well but the Union reinforcements all arrived on turn 2 so the Rebs very quickly found themselves outnumbered. If we played this one again we would make it a little harder for the Union to get their reinforcements needing a 5 or 6 rather than  4,5 or 6. That said the Rebs pushed on and broke 1 union brigade and blooded 2 more and earned a draw. 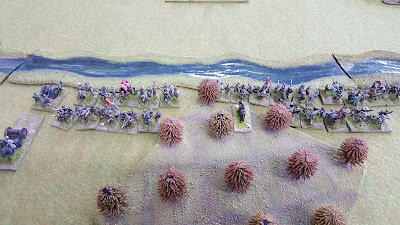 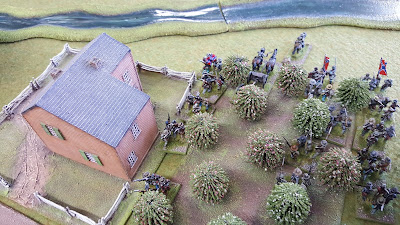 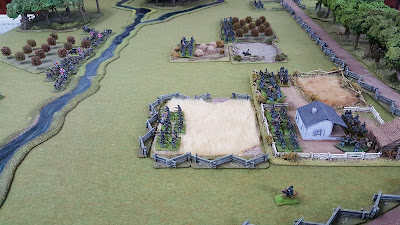 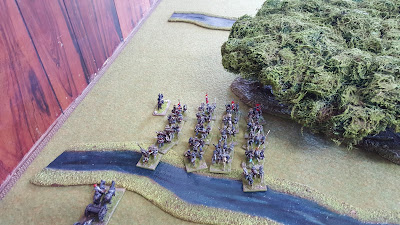 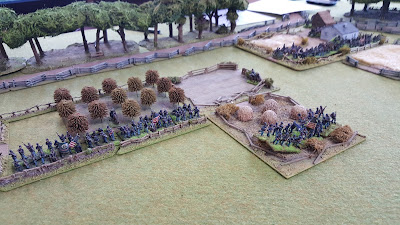 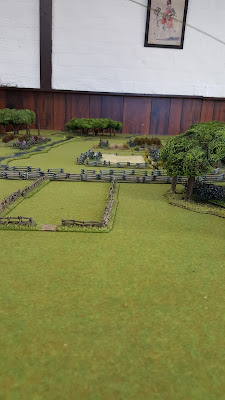 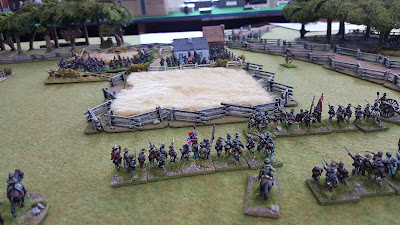 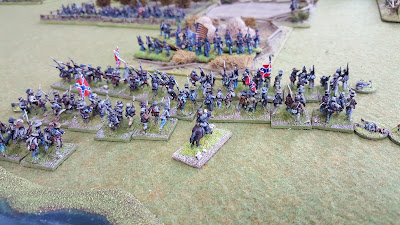 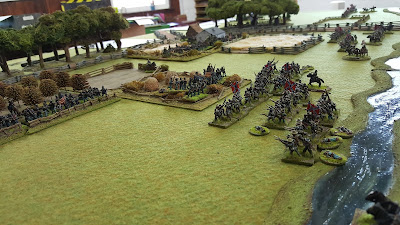 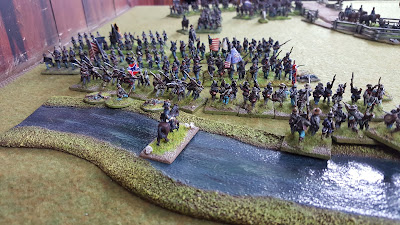 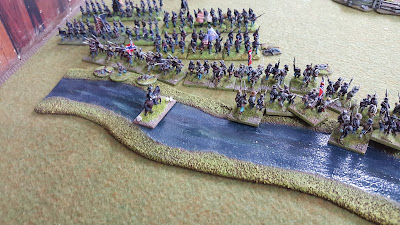 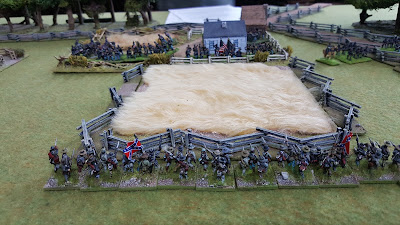 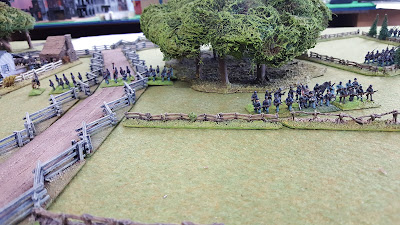 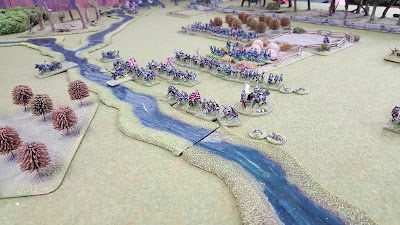 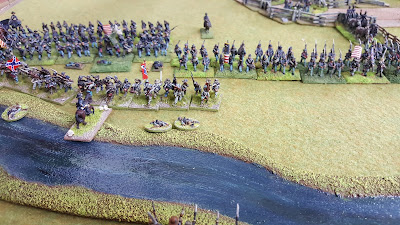 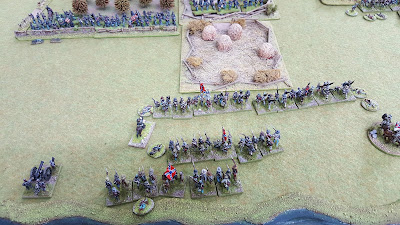 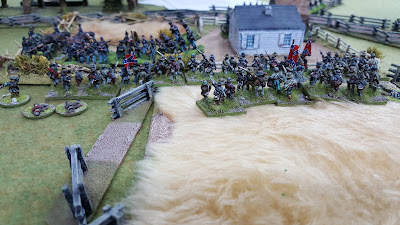 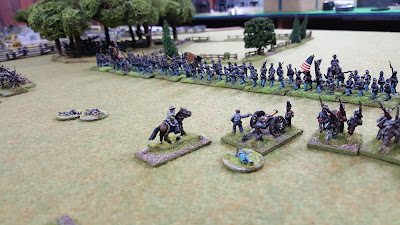 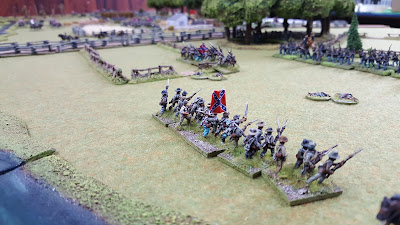 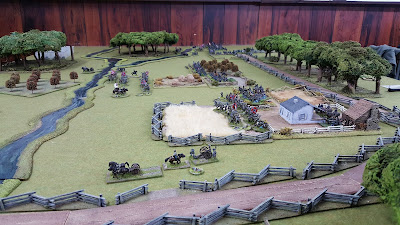 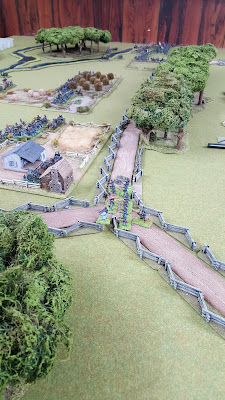 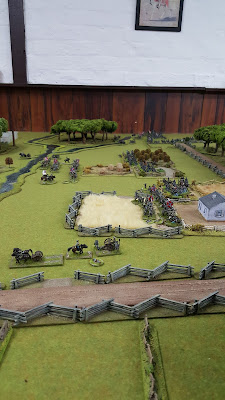 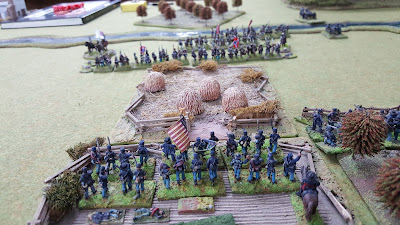 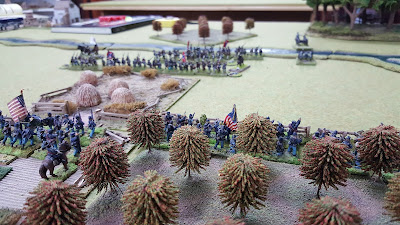 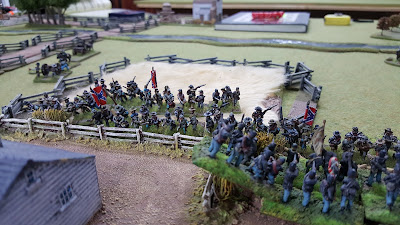 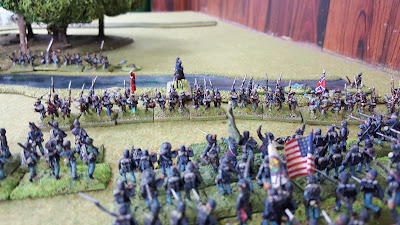 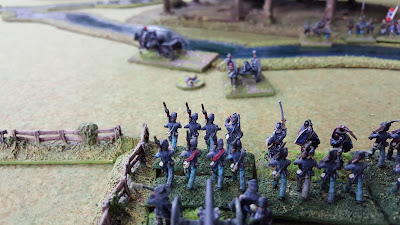 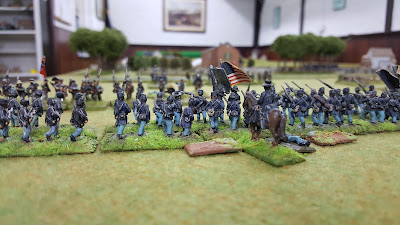 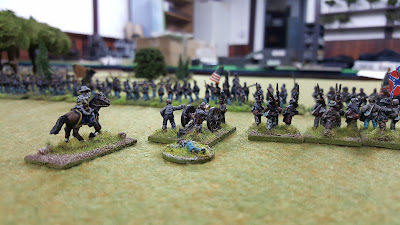 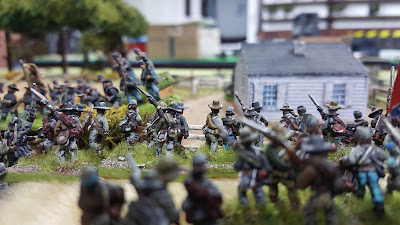