After selecting our forces, it was time to deploy. As the attacker I made a note of my scheduled artillery and starting positions of the British units. Danny then deployed the Soviets on table in their defencive positions.

The Soviets deployed their forces dug in, in prepared positions, behind a series of visible and hidden minefields. The green rectangles in front of the Soviet positions represent the visible minefields. the Soviets concentrated their armour South of the town.

Turn two saw the Brits continue to advance and target the units that had revealed themselves in the previous turn. The remaining recce units located a number of unmarked minefields in a line, linking the North and South of the table.

﻿ The Soviets replied by continuing to shoot at the Brits recee. Once again the British artillery targeted an empty area.

Turn three saw the British army reach the edge of the minefield, to screen the mine clearing unit on the left of the picture. The Soviet infantry attempted to engage the Challenger's with RPG fire, resulting in a barrage of return fire. The vulnerable FV432's made their way through the woods. This turn saw the Soviet player attempt to relocate his armour from the South of the town towards his now servilely threatened right flank. This was hampered by a roll of double 6, a blunder!

Turn four saw the Brits continue to engage the infantry in the woods and start to engage the Soviets who had managed to filter into the town. the mine clearing unit cleared the first string of mines. The Soviets continued to filter more units into the town but found themselves pinned in place by six challengers on the Brit right flank. The Soviet infantry in the centre right woods also found themselves pinned in place, not wanting to risk moving North, exposing their flanks to the Brit tanks.


﻿  Turn five saw the Brits starting to move through the minefield into the woods. The screening force continued to exchange fire with the Soviets in the town. The Soviets, pinned in the town could only return fire at the Brit screening force. 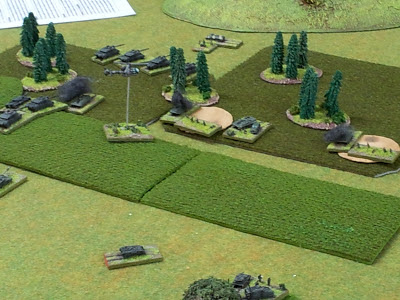 Turn six saw the Brits streaming into the Soviet rear area unopposed. It was at this point Danny suggested we call it a day as the Brits now had six turns to exit the table! A major British victory.
Posted by Steve Graham at 15:25 5 comments:

Managed to get a game on Saturday against Danny at the Grimsby club. we decided on the breakthrough scenario from the Coldwar Commander rule book. British attacking with ten thousand points, Soviets defending with five thousand points, just for a change. I arrived first and set the table up.


Next Post: The Battle
Posted by Steve Graham at 05:03 No comments:

Here are some pictures of four Heroics & Ros Mil 8 hip helicopters. These are for use with my air assault units. Once again bases to be textured and flocked. 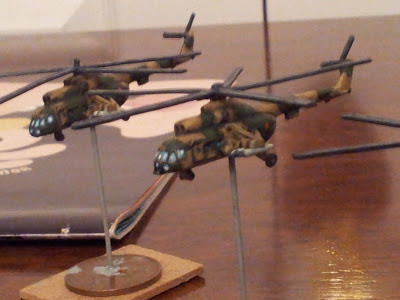 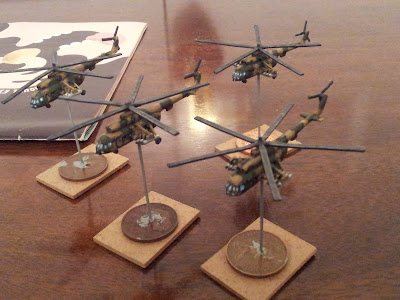 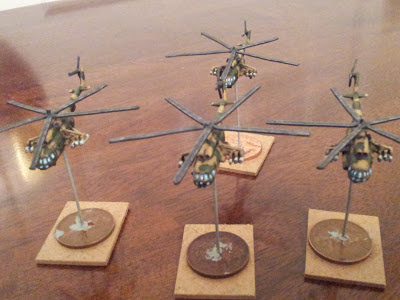 Here are some work in progress pictures of a Heroics & Ros YAK 38, for the Arctic Strike game next year. I will be using this for close air support for my Soviet Naval Infantry. Just the base left to texture and flock and it will be ready for a game. 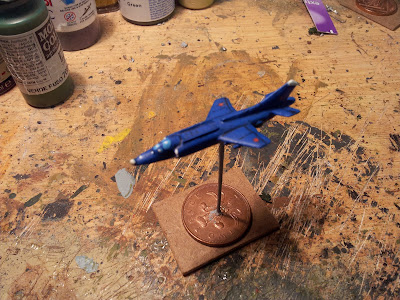 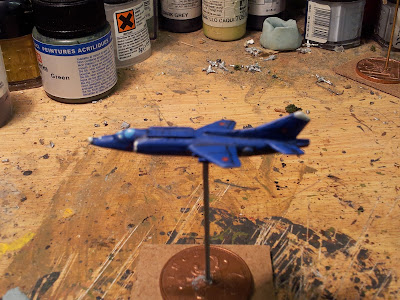 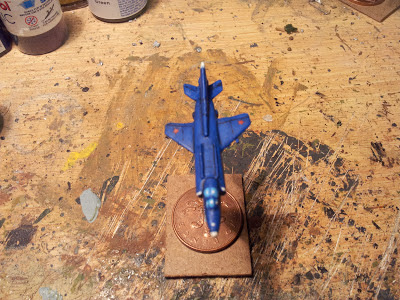 Posted by Steve Graham at 12:59 No comments:

Finally decided to publish a blog to show my war gaming bits and pieces. I'll also use this to catalogue my completed armies. ﻿
Posted by Steve Graham at 06:57 No comments: